How to Overcome Intellectual Loneliness

What to do if you feel like your friends don't get you. 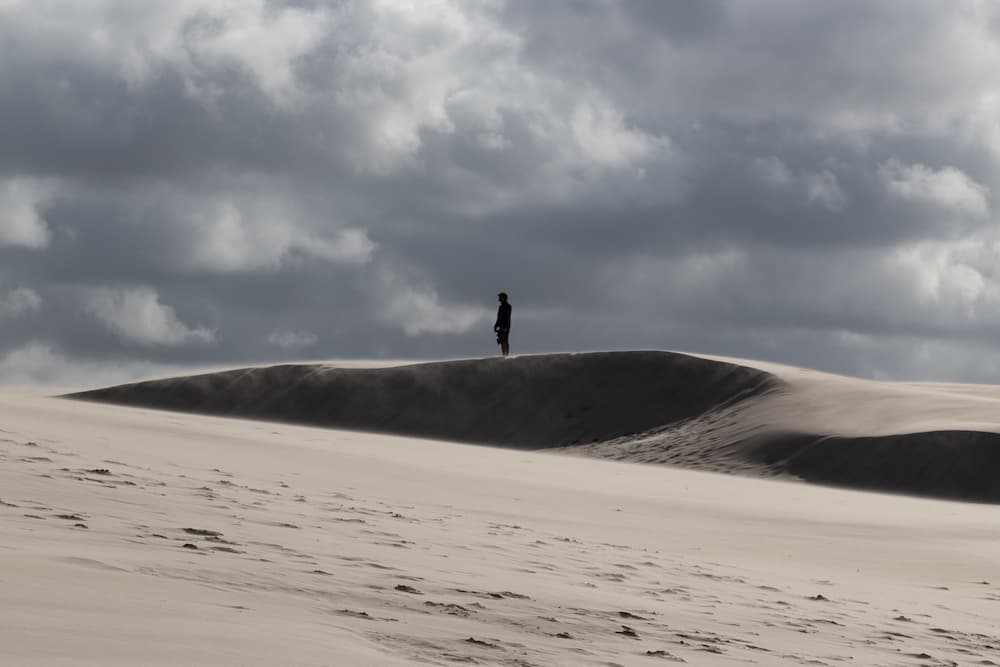 As a semi-intelligent young guy, I often feel like I don’t operate on the same wavelength as most of my friends. Sure, they’re my friends, and we get along, but there is a not-so-occasional feeling that I’m dumbing myself down so that I can enjoy their company.

Do they ever think about the same things as me?

Do they ever think as deeply about things as me?

Would it be lame if I tried to tell him why he’s wrong? Probably.

One of the biggest challenges I face at the moment as an A-type, semi-intelligent young guy is finding like minded people who I can engage with.

This has left me feeling lost, alone and unstimulated. This article explains how to reach out of that rut, surround yourself with people who matter and can take you towards a happier, more fulfilled existence.

What Does it Mean to be Intelligent?

Traditionally, more weighting has been put on evaluating an individual’s IQ. This is because it relates directly to someone’s ability to handle and process information. Effective processing of information means an increase in knowledge. I’m sure you have all heard that knowledge is power.

Emotional intelligence involves having a capacity for understanding the internal forces which govern the way we feel and act. A true understanding is reached when we can grasp these forces both internally, and in others.

As an emotionally intelligent person, you are aware of those around you, their behaviors, and how you fit into the complex puzzle of human interconnected-ness (sp?) that surrounds you.

That’s why highly emotional intelligent people make great leaders. They’re able to control different personalities in a group, harness their good qualities and align everyone in the same direction. This comes from understanding why people do and act in the manner they do — what drives us. And what drives us is emotions.

So, which is more valuable in today’s world?

Because you have a better understanding of everyone interacting around you, you’re more aware of how you fit into that puzzle. This self-awareness can lead to a mis-conceived fragility of your social boundaries. You view your place in society as fixed and are afraid of breaking the norm because that’s not the way your role has been defined by those around you.

This means we often disregard the richest part of our emotions and feelings — the things that really matter. These have a concrete impact on our happiness. By editing our more genuine and wild sides and leaving only the socially permissible parts on the surface, we’re doing an injustice to ourselves and internally happiness.

This is true intellectual loneliness.

One of the side effects of feeling like a black sheep among the people around you is becoming withdrawn. Because you feel like no one will understand what you’re saying, or worse, be misunderstood, it becomes easier to say nothing.

This happened to me post high school. It came as a result of having innate insecurities about myself that were constantly chafed at by other guys who were trying to assert their dominance. If you shared, you risked chastisement. The risk and reward didn’t balance. I became introspective and stopped sharing.

10 years later, and I am still trying to unravel those layers of defense. I force myself to share something interesting during conversation. I try and engage in valuable debates with people on topics that interest me.

I’m slowly fostering a habit of engagement. In doing this, you attract people who share the same interests as you. Without offering a part of yourself for others to peruse, they can never find the bits they like, and start an engagement which may benefit both of you.

Speak up and be heard, its the only way to find your flock.

Have you ever looked up and seen a formation of birds flying in a “V” shape? The reason they do this is because of aerodynamics. It makes them more efficient as a group. The weaker birds are placed near the middle of each of the ‘arms’ of the V — where the aerodynamic forces are the smallest — and the group can fly over 70% further than if they were flying alone, or haphazardly.

The same notion applies for humans. If you’re surrounding yourself with people who are disorganized and travelling in different directions to you, it becomes much more difficult to maintain the course you had set.

This is what it is like to be intellectually lonely. You’re surrounded by chaos. No two people are aligned and there are forces pulling you in all different directions — pressure to go out for that drink, appease your friends and go to the game, watch certain shows, talk about certain things that don’t interest you etc.

By aligning yourself with like-minded people — your flock — it becomes easier to slide into the slip-stream and ride the wave of momentum towards your goals.

You’re all headed in the same direction. By sharing an underlying understanding of this, there is an intrinsic group-think which moves everyone forward.

Ralph Waldo Emerson described the problem we’ve discussed until now succinctly: “ In the minds of geniuses, we find — once more — our own neglected thoughts”.

The difference between those minds, and ours, is that they’ve had a medium in which to express themselves — and the courage to do so.

To foster courage is not an easy thing, though. How to mitigate the need for it? One way I have started doing this is by finding and creating an outlet where I can spill my thoughts without abandon. It’s a place where those who want to can go to (hopefully) glean some value from those ideas which I don’t yet have the courage or will to share with those around me.

The anonymity of the internet is one way to achieve this. It allows the people who want to, to get a deeper look into your brain without knowing who you are. Those with which the content resonates validate and critique your thinking and generate motivation for you to keep the habit up.

Creators have been doing this for years. They use their medium — canvas, film, written word, music etc. — as a platform to say the things they couldn’t in a normal social context. It is little wonder then, that we are drawn to those pieces of work which seem so intriguing.

Without an outlet for those thoughts which are solely your own, the frustration of internalizing them can build. I encourage you to find an outlet — written or otherwise — where you can be your full self. Detail your thoughts without abandon and make them available, anonymously or not, for others to peruse and latch onto.

Here’s one of my own: I’ve been hindered by not having the courage to fully express myself for too long. I’ve figured that I’m probably not the only one who has experienced this.

As much as putting your work into the world can help as an outlet, there is a more genuine way to feel understood — human connection. We are inherently social beings and crave genuine interaction and understanding from others. How to achieve this, then, where the person you may connect with most deeply might be sitting on the other side of the world?

I thought of creating a place where people can create ‘tribes’ where they share their lives with like-minded people. These tribes can be a form of support group where members glean value from the combined intellectual capacity of individuals who are on the same trajectory as each other. I am not sure if there’s something out there like that. If there is — I’d love to be a part of it.