Building a Professional Network [9 Tips from an Introvert]

One of the most valuable things you can do for your personal and business success is building a professional network by connecting with valuable people. This is how you can do it from scratch. 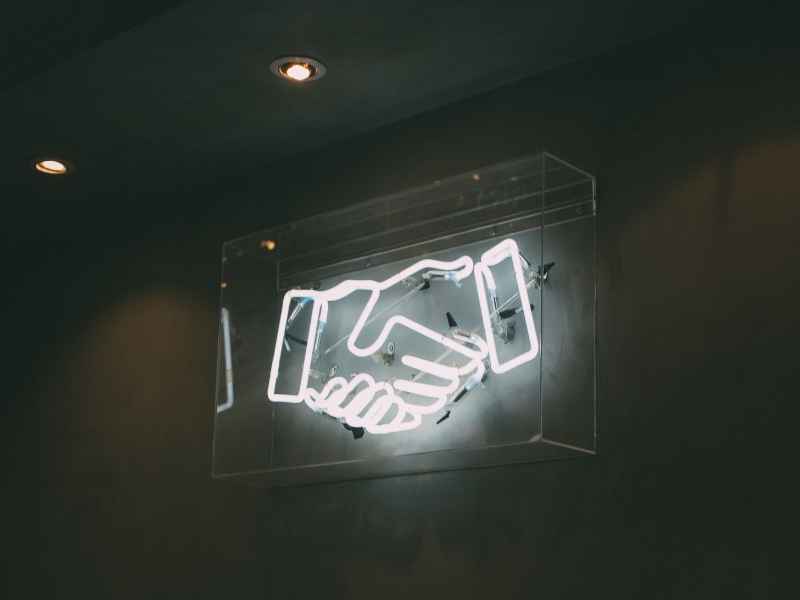 I just hit the 12-month mark on my first year in charge of a 10-employee business (very small). It's been a good year (relatively speaking)... mostly because I've been lucky.

Here's a short story on:

Did, you say doubled?

Here's the tl;dr of how to build a professional network from scratch, as an introvert:

The Value of a Professional Network

There is a big eCommerce platform in our country that is trying to be the local Amazon. They're by far the biggest eCommerce player in the region. For over two years I've been working on various people in that company to see if we can partner with them to offer embedded finance to their merchants. It's been a slog.

About two months ago I was sitting at a coffee shop with one of the company co-founders and investors, Allan. A stranger walked into the bustling room, saw Allan across the table from me, and made a bee-line for him. I was introduced, and eventually, it turns out, that the guy just started as the eCom businesses Head of Strategic Partnerships. To be honest, he wasn't interested in me at the time.

Later that day I asked Allan for an email intro to the guy and long short story short, we won the contract. Within two months, our monthly revenue had doubled, and has continued to do that month-on-month.

That small introduction was the difference. It got me in the door, with the right person, and gave a point of reference to my business that was relatable.

As someone who has traditionally kept to myself, and been mostly an introvert my whole life, I've been trying to step out of my shell in the last while. That meeting was a slap in the face that I need to leap out of my shell. As the leader of a company, there is no tool that will benefit you more than a personal network of people who will individually go out of their way to help you.

So, I started learning and practicing some of the tools that great business connectors use to build their personal networks.

Here's what I've learned [so far]:

At the core of it, business is about connecting with people. Very few businesses work in isolation. To build a big business, you absolutely need to harness and align the energy and effort of the people both in, and outside of your organization.

The first rule I learned is that on the other end of the coffee table, phone, email, or Whatsapp - there is just another human. Treat them like one.

Be genuine and vulnerable in your interactions, and default to trust until that is betrayed.

Any time you are in a space with new people, see it as an opportunity to meet someone new. Airports, flights, buses, trains, family gatherings, malls, restaurants, on holiday.

The trick to this is:

For your network to work effectively you have to build a personal brand, where you become known as the guy/girl for something. One of the reasons you have a personal network is obviously to lean on people when you need them, but also because it increases your luck. Yes, you heard that right.

If you're known as the "x" guy, then every time "x" pops up in of your network's conversations, you will come to mind.

That's how your network exponentially increases your 'reach'. Become known as "the executer" or "the blockchain guy" or "the killer b2b saleswoman" and whenever there's an opportunity that relates to your realm of expertise, your network will bring you new opportunities.

You can do this by:

To make connections, you need to make yourself vulnerable. This is the part most introverts struggle with.

In every interaction with someone, there's a chance that you're going to be rejected, or not immediately "connect" with them. You have to accept that this will happen and that comes as a default when dealing with people.

As someone who has always had a fragile relationship with failure, I handled this by moving the goal-posts and changing perspective. My frame of mind going into every interaction was that 1 in 3 people was likely to not be interested in staying connected.

Even if you need something, never start with a request.

In the age of cold email, LinkedIn spam and general other annoyances, we are wired to immediately shy away from people asking for stuff.

Use the rule of reciprocity - from the Art of Negotiation - in your favour. It basically says that when you give something to someone, human beings are wired in such a way that that person then will feel a subconscious obligation to return the favour. So when you come knocking, they'll be much more receptive to your request.

If you think you're going to need something from someone, try and plan that advance, build a relationship with them first, provide value to their lives, and then ask your favour.

As a general rule, in life, and in business, operate transparently.

You ultimately need to build trust. The best way you can do that is to be trusting yourself and to always play open cards.

In a world of closed doors and deceitfulness everywhere, people appreciate honesty and openness now more than ever.

You can do this by always being upfront about expectations, timelines, and budgets. Stick to your word, no matter what, and when there's a problem tackle it head-on and with energy.

One of the best things I've learned from Bob Iger is that he almost never negotiates. This was true in all of the large acquisitions he oversaw as Disney CEO - Pixar, Marvel, etc. He never tried to undercut or short-change anyone.

His philosophy was to offer what's fair, and not waiver. And because he became known for that, people were much less likely to bargain with him unfairly.

By sharing value in all your transactions, you're leaving every interaction you have with other people on a good note, there's no wake of destruction behind you that you can then never re-connect with.

It is not enough to connect with someone in the street, and then end the conversation and go your separate ways.

Always be intentional about the initial connection and make the person know you would like to stay in touch. Use one place to keep track of new connections, and then do it every time you meet someone new.

As well as making sure you...

Staying connected takes work. You absolutely have to keep up your network, maintain connections and stay in touch with people. Not so much that it's annoying, but enough that you stay front-of-mind.

The old saying applies: "It's easier to keep a customer than win a new one".

Social media helps here. By being clever with how you are posting and building your personal brand, you can "build once, sell many times". If you lean into one social network where you're keeping all your connections, by posting to that network (in a constructive and non-spammy way) - you're doing enough to stay in touch for the most part, using a one-to-many approach, which will become much less time-consuming as your network grows.

I also like to use my personal CRM for recording conversations and interactions with people in my network, and getting reminders for when I should be potentially checking in with "high value" individuals. I do this using a custom Notion template with a Google Contacts and Calendar integration.